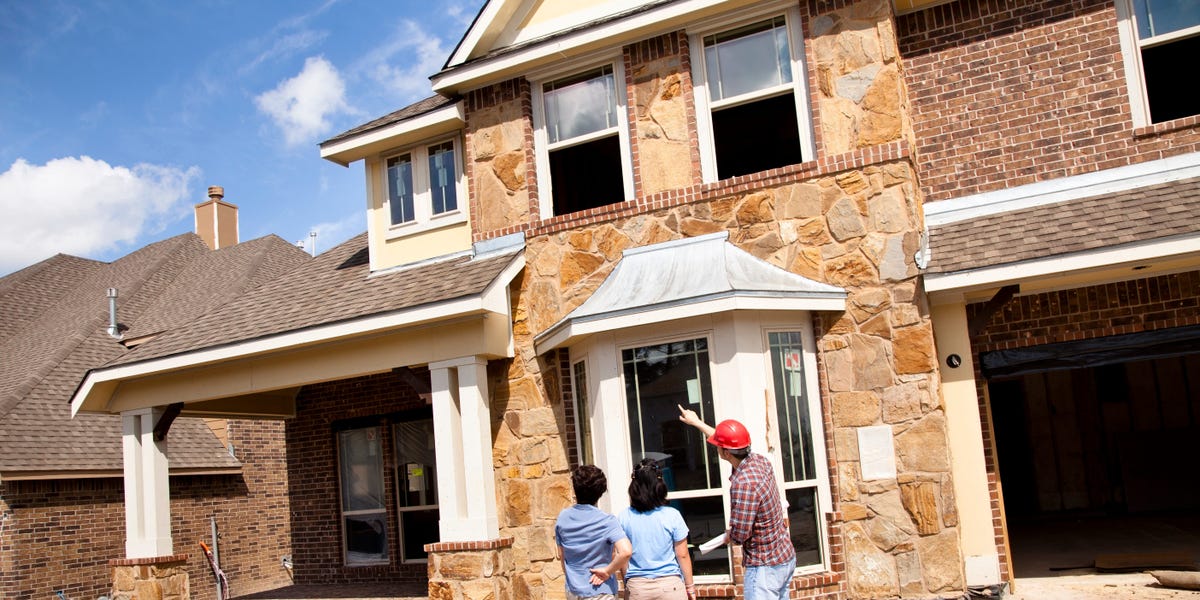 The Federal Reserve may deliver a smaller rate hike than investors anticipate in November as policymakers consider a pullback that’s sweeping through the US housing market, according to Pantheon Macroeconomics.

“Markets currently price-in an 80% chance of another 75 basis points hike in November, but we think 50bp is much more likely, and the parlous state of the housing market is a key factor in our forecast,” wrote Ian Shepherdson, chief economist at Pantheon Macroeconomics.

Housing and related activity account for less than 10% of gross domestic product, so the sector can roll over without necessarily triggering a wider economic recession, the economist wrote. Still, the housing market is in a “deep recession,” and the pain will spread beyond homebuilders soon to depress housing-related retail sales, he warned.

“The longer and deeper the housing recession becomes, though, the greater the pressure it will exert on the Fed to dial back the pace of tightening,” said Shepherdson.

The Fed on Wednesday is widely expected to raise the fed funds rate by 75 basis points for a third consecutive time to clamp down on hot inflation by slowing economic activity. The Fed has raised interest rates four times in 2022, leading 30-year mortgage rates to rise above 6% for the first time since 2008.

The fed funds rate stood at a range of 2.25% to 2.5% heading into Wednesday’s policy meeting. The Fed’s meeting after that will be on November 2-3.

Pantheon’s note arrived after the National Association of Home Builders on Monday said sentiment among homebuilders fell in September, dropping for a ninth consecutive month. Its Housing Market Index produced with Wells Fargo fell to 46, the lowest level since the spring of 2020 when the COVID pandemic was in its early stages.

“Buyer traffic is weak in many markets as more consumers remain on the sidelines due to high mortgage rates and home prices that are putting a new home purchase out of financial reach for many households,” NAHB Chairman Jerry Konter said in the survey results.

“In this soft market, more than half of the builders in our survey reported using incentives to bolster sales, including mortgage rate buydowns, free amenities and price reductions,” he added.

The rate of the Housing Market Index’s decline has slowed in recent months but the latest report likely doesn’t mark the floor, said Shepherdson. “Activity tracks mortgage applications with a lag, and the early September numbers are grim, even before the full hit from the rebound in mortgage rates in recent weeks works through.”