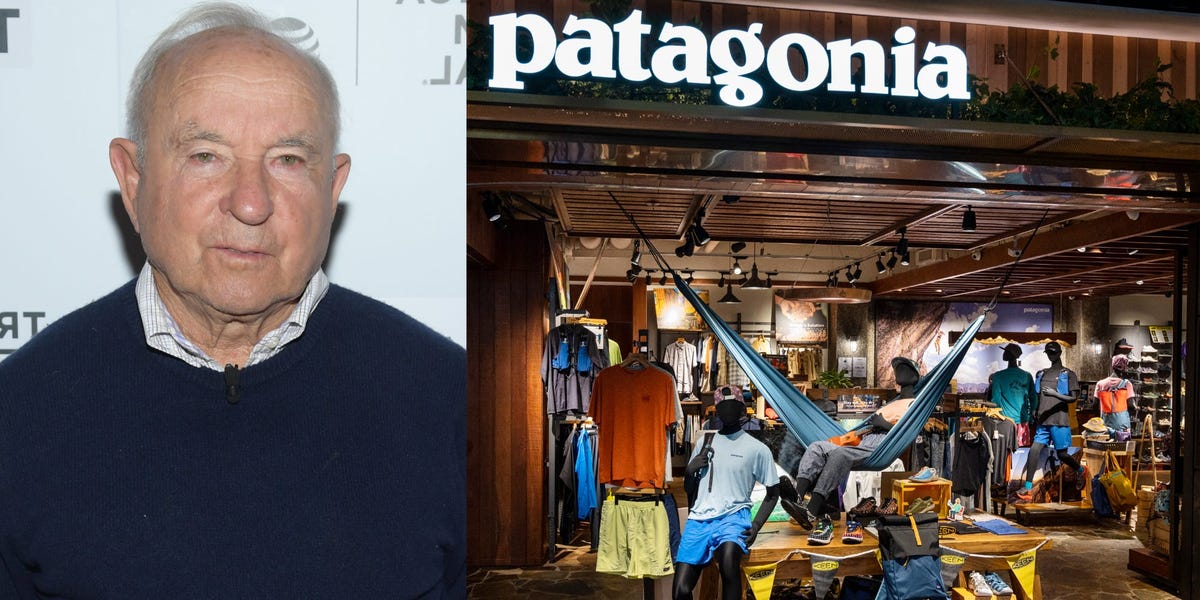 It was the business proclamation heard around the world: Patagonia founder Yvon Chouinard was giving away his company’s wealth to fight climate change. What wasn’t heralded so loudly: He could be avoiding more than a billion dollars in taxes while doing so.

“Instead of ‘going public,’ you could say we’re ‘going purpose,'” Chouinard said in a statement announcing the move. “Instead of extracting value from nature and transforming it into wealth for investors, we’ll use the wealth Patagonia creates to protect the source of all wealth.”

Earlier this year, another businessman from a different side of the political spectrum – Chicago’s Barry Seid – used a similar structure to donate his $1.6 billion business to a nonprofit that advocates for conservative causes, including restricting abortion access and appointing conservative judges to the federal bench, according to a report in the New York Times.

Seid was able to avoid paying taxes on the sale of his business, an electronics manufacturer called Tripp Lite, by donating it to the nonprofit Marble Freedom Trust. And he got to make sure his pet causes were cared for — much like Chouinard has done with the donation of Patagonia to his own nonprofits that he says will advocate for climate change.

It was a huge move, and it instantly lit up the business world. It also might give Chouinard and his family a big tax break, experts who monitor such big transactions told Insider.

That’s because of the structure of the donation: Chouinard told the New York Times that the family’s voting stock — about 2% of all shares — was being transferred to a new trust run by family members and advisers, called the Patagonia Purpose Trust. The rest of the privately owned company’s stock, which the family now holds, will go to a new nonprofit called Holdfast Collective.

The Times reports that, in transferring that stock to the trust, the Chouinards are on the hook for $17.5 million in gift taxes. However, they’re not going to pay any taxes on the value that stock has accrued since they first acquired it — what’s called capital gains taxes. Bloomberg estimates that the capital gains tax on the donation could have come in at more than $700 million.

Similarly, the massive amounts of stock headed for the 501(c)(4) nonprofit are also tax-exempt. Justin Miller, national director of wealth planning at Evercore Wealth Management, estimates that if 98% of the $3 billion donated had been subject to a federal gift tax, it would have been as much as $1.176 billion with the 40% levy.

A Patagonia spokesperson told Insider the Chouinard family did not ask to create a company structure to avoid taxes.

“Patagonia pays its taxes,” the spokesperson said. “We have at times advocated for increased corporate tax rates to support climate initiatives. We did this most recently in our support of the Build Back Better plan – we said we would be willing to pay a higher corporate tax rate for stronger climate policies.”

Some experts say the structure Chouinard used to offload the company is helping the founding family of Patagonia “opt out” of the tax system the rest of us are subject to — or at least those of us who aren’t billionaires.

The structure of the Chouinards’ donations falls under a quirk of American tax law: Wealthy people don’t pay taxes in the same way everyone else does

“You can give appreciated assets to a (c)(4) corporation and not have to pay any capital gains tax. And that’s just the flaw,” Chuck Collins, the director of the Program on Inequality and the Common Good at the left-leaning Institute for Policy Studies, told Insider. “Regardless of how generous the donor is, they shouldn’t be able to entirely opt out of taxes. That’s my view.”

There are a whole lot of mechanisms for the ultra-wealthy to move money around and not have to pay any levy on it. When it comes to why Chouinard isn’t paying much in taxes, “there’s a simple legal answer — because he does not need to,” Steve Rosenthal, a senior fellow at the Tax Policy Center, told Insider.

The structure of the donations means that the family won’t get any charitable tax deduction, either, since they’re pouring stocks into a 501(c)(4) and not a 501(c)(3). When you donate to a 501(c)(4), they’re generally not eligible for a charitable tax deduction on your federal income tax — and, because of legislation signed into law under President Obama, those donations aren’t subject to federal gift tax. Non-billionaires who claim donations on their taxes are probably donating into a 501(c)(3) in order to get deductions.

Miller said the choice of a 501(c)(4) instead of a 501(c)(3) makes sense: The family likely would not have been able to stay in control of a 501(c)(3). Russell James, director of graduate studies in personal financial planning at Texas Tech University, said that the ultra-wealthy generally “can’t even use charitable income tax deductions.” That’s because they work to make sure that their on-paper income is low.

“They tend to have high wealth and low reportable income and deductions are limited to a percentage of income,” James told Insider. “So if they make a gift of even a small share of their wealth, it completely overwhelms their reportable income, meaning they are already maxed out on their donations that have tax benefits.”

In short, then, “these alternate structures make more sense because you have more control, can spend it on politics, and you didn’t really need the charitable tax deduction anyway,” James said. Meanwhile, a 501(c)(4) can spend its money on political causes — like fighting climate change; a 501(c)(3) generally cannot.

While the Chouinards say they are are putting their billions towards fighting the climate crisis, other wealthy people can use the same type of structures for causes that are dear to them, too — and perhaps not so politically popular: Maybe an oil baron would want to use a similar structure to pump profits into supporting drilling for carbon.

“The argument for a change in tax policy to implement a gift tax for 501(c)(4)s is that not only can an individual donate unlimited — they can continue to grow tax free for generations,” Miller said. “So $3 billion today could easily be $9 billion 20 years from now. Completely free of taxes and all used for political purposes.”

Current tax policy “allows individuals to not only influence politics during their lifetime but for generations after they are gone,” Miller said. Ultimately, even if there’s a “good” 501(c)(4) organization, “there’s nothing stopping anyone else from donating to a different organization you don’t agree with — and these donations can have lasting effects.”

Notably, tax expert Harvey Bezozi said it’s an unusual strategy, and probably won’t become common. That’s because, with the 501(c)(4) in play, there won’t be an income tax deduction, and it’s unlikely most families would want to use their funds more for political purposes than charitable ones.

But Chouinard’s donations illustrate how the ultra-wealthy, even when championing big causes, fall out of the realm of taxation, which means that the public purse — the one that pays for roads and airports and healthcare subsidies — could be deprived of around a billion dollars in tax revenue, in Patagonia’s case.

“We applaud this sort of charitable impulse and the desire,” Collins said. Still, Collins said, “some portion of that money should go to pay the taxes that the rest of us are paying on our income and assets.”