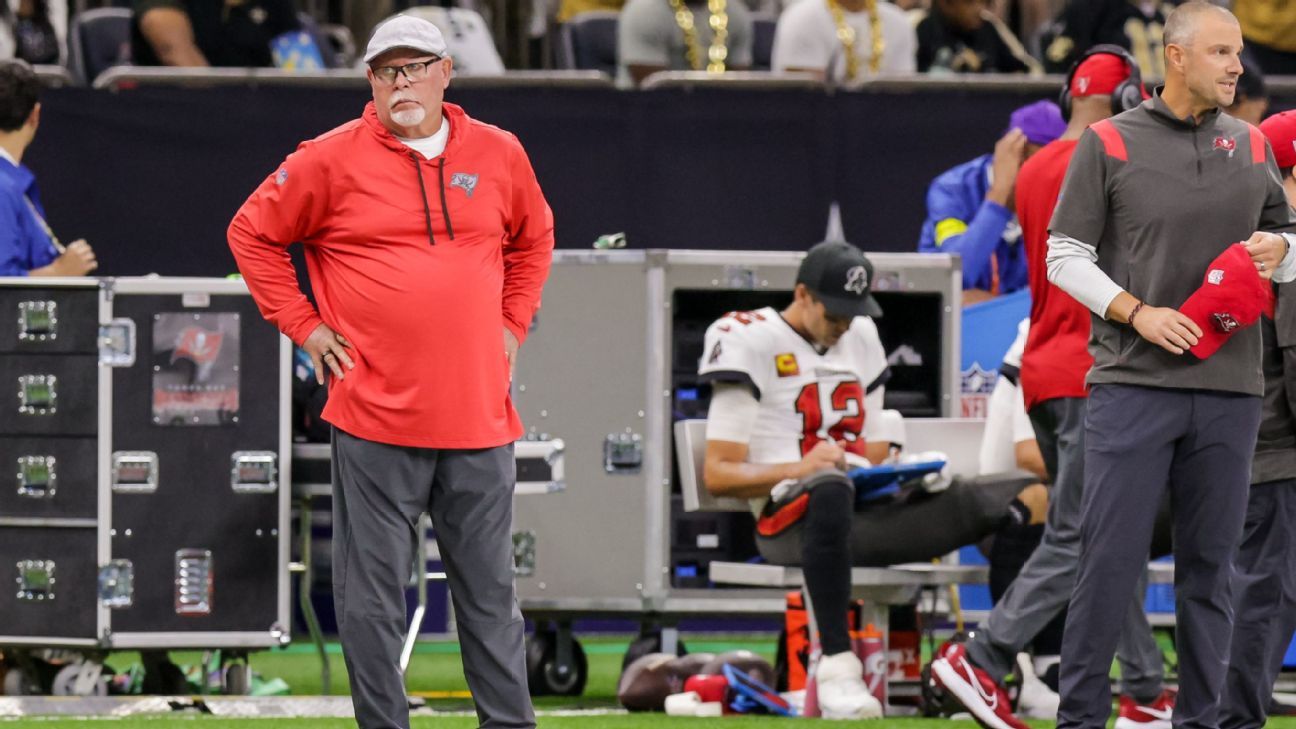 TAMPA, Fla. — The NFL sent former Tampa Bay Buccaneers coach Bruce Arians a warning about his conduct on the sideline in Sunday’s game against the New Orleans Saints, telling him future similar conduct will result in discipline for him and the club, a source told ESPN on Wednesday.

Arians, who now works in the Bucs’ front office as senior assistant to general manager Jason Licht, was on the sideline during the Bucs’ 20-10 win over the Saints, and became very animated when cornerback Marshon Lattimore was not called for pass interference on a pass intended for wide receiver Scotty Miller, which led to not only quarterback Tom Brady confronting officials but wide receiver Mike Evans being ejected from the game, along with Lattimore.

Evans received a one-game suspension. He appealed the punishment and the hearing was held on Tuesday. A ruling on the appeal is expected this week.

Arians and Licht were on the sideline rather than upstairs in a booth because head coach Todd Bowles said the Saints did not provide a booth. The Saints say they did provide seating for both Arians and Licht in the press box.

Arians spent the majority of the game on the sideline bench area, but during the altercation, he was seen standing on the white stripe reserved for officials, players and coaches.

Arians stepped down as head coach of the Buccaneers in March, although he is still an employee of the team, coming to every practice so far during the regular season and appearing at all games.

Pro Football Talk first reported the news of the league’s warning to Arians.